Grief over a suicide 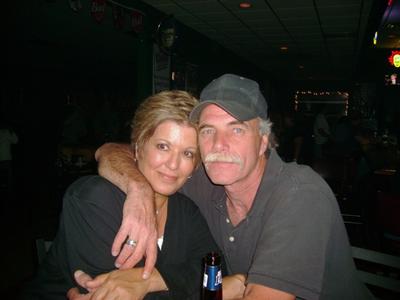 I started out with The Secret to help me get through something I never thought I would. That led to Divine Intuition by Lynn Anderson, and I was able to get through, but always thinking that some day we would be together because I wanted it more than anything. Now, I'm here and do understand what you say, but I need help.

Thirteen years ago, I met and fell deeply in love with a special man, and he with me. His then girlfriend was very jealous, needy, and selfish and would not let him go as he requested many times. He said "she's been good to me", and she was, but he told her that he doesn't love her or want to be with her. Still, she refused to accept it.

The important point here is that after I spent eight years struggling with him and his kind and big heart, I had to call it quits because he was too emotionally weakened from depression to stand up for what he wanted, being manipulated by this woman constantly.

I must add that also, due to the depression, he couldn't even hold a job and she would always give him money. That made him feel safe. This hurt both of us tremendously and I went into seclusion for two years, sad and depressed and wondering why it didn't work even though we were deeply in love. (I am not a wishful thinker, but a realist). I pushed him back to her and needless to say, for the last five years since doing so, he was so unhappy. I know this because he came to see me in a place I frequent, the place we met, and he looked so sick, empty, thin. She came in to get him and he looked as though he got his hand caught in the cookie jar. She said something to him and he walked out in front of her as though on a leash. It was unmistakable that he was in emotional captivity.

On October 14, he shot and killed himself and the grief I bear is overwhelming and agonizing.
You know what they say about hindsight.....it's now that I really understand what was wrong all those years we were together. He was suffering from depression and drinking to "feel better" as that's the only thing he knew. He was apprehensive sometimes, and just not at peace unless we were out of town in a place he loved to be with me, away from the pressures of everyday life, and there was nothing I could do to change that.

He was an outdoorsman and loved being in the country (Indiana), where we spent most of our time and made plans for the future, even though we were both from Cincinnati. It was very painful for me all those years as I didn't understand until now, what was wrong.

As someone who went through depression, but was fortunate enough for someone to see it and get me help, I discovered how someone can be in such emotional pain that they feel the only way out is to take their life.

I wasn't quite there but I only suffered for one and a half years, and had a great husband, kids, and life. Had I never been diagnosed, I might have done the same thing. I thank God for the antidepressants that led me out of despair. He's been suffering all his life as they were all the product of alcoholic parents who were taken and separated as children.

No one else in his family was on my side to get him help, and here we are. My memories, dreams of what should have been, and the sadness overwhelm me and keep me in a place of deep pain, especially since one of his sisters told me how he loved me and how hard it was on him that we broke up.

Sometimes, I feel strong and other times I cry my heart out. How do I overcome my sadness when he enters my mind? I choose to be strong and have positive and happy thoughts, but how does one overcome such gripping and powerful emotion that comes from knowing how much pain he was in?

Thank you for your time and input.

Join in and write your own page! It's easy to do. How? Simply click here to return to Enlightened Journey Comments.