Ok, we've covered a lot of ground and although your head may be spinning and emotions running high, I encourage you to do your own due diligence and attempt to dis-prove what we have covered here. I don't expect you to, want you to, and hope that you won't, believe a single thing I say. I would much rather that you find out for yourself through your own due diligence and then put what you find to work and begin changing the life experience that you have had to this point if you should choose to do so.

For some this deeper understanding concerning Quantum Physics combined with a side by side look at Spiritually based teachings will be enough to grasp the undeniable correlation between what Quantum Physics has discovered and what the greatest, wisest and most enlightened teachers in the history of the world have taught for thousands and thousands of years.

Now, understanding the basics of Quantum Physics and Quantum Mechanics, all that you need to do to implement that infinite kind of power into your life is to, first of all, develop the belief that it's true (and based on my understanding, perception and experiences thus far, it is) and second begin to "consciously" put it to work in your own life and you will become empowered to change those events, conditions and circumstances that you currently find to be unpleasant.

Regardless of how deeply you may search you will find that it is 100% accurate 100% 0f the time WITHOUT FAIL, and that your life experiences happen as a result of how you think and believe they will, whether at a conscious or subconscious level.

Modern day Quantum Physics fully explains beyond any doubt that your thoughts are the things that group together and collapse energy packets, change those thoughts from a probability into a "particle" (physical matter) in a given place and time and create your life experience, whether it be physically, financially, relationally, emotionally or spiritually.

Put another way...Everything in your life...in the entire world in fact is the result of the kind and quality of your "Consciousness." Your life will unfold perfectly, precisely and with unwavering certainty, just as you "believe" that it will.

For those that may have any religious background whatsoever, you will discover if you choose to delve deeply enough that what has been discovered by modern day science is precisely what the great spiritual teachers of the world have shared and attempted to get their followers to understand for thousands upon thousands of years.

The conclusions that have been arrived at thus far, through the study of Quantum Physics as well as more recent discoveries relating to "cellular memories", aligns perfectly with what ALL the major religions of the world have always taught in some form. "As a man thinketh, so is he."

As you "believe" so shall you receive."

"Whatsoever ye desire when ye pray "believe" that ye receive and it shall be given to you."

For those that choose to, that is what we will cover next. The Spiritual Reality and how it "interconnects" and fits in perfectly with all of this Quantum Physics stuff.

The bottom line is this...

You have been provided the inalienable right of free will and given the ability to choose what you will do or not do in EVERY aspect of your life. You can choose to investigate Quantum Physics, delve more deeply into what has been shared here and discover it as truth for yourself, or continue to create your life unconsciously. You can choose to remain as the mass majority does, fully believing you are a victim or creature of circumstance, or consciously align and harmonize your actions (thoughts and beliefs) with the greatest creative Force in the Universe and become a conscious creator (or if you prefer, a co-creator) of those circumstances.

That is a choice only you can make. You and you alone are responsible for the events, conditions and circumstances that make up your life. Whether or not you choose to discover and accept it, is also your choice.

We have ALL been provided the inalienable right of free will to think and believe as WE choose. Discover it, understand it, "believe" it, and discover how to "consciously implement" that understanding and your life will transform into whatever you "believe" that it can.

Whatever choices you choose to make both today as well as in the future, it is our sincere and heartfelt hope for you that those choices might lead you one step closer to a life experience of Joy, Fulfillment, Inner Peace and Limitless Prosperity in each and every area of your life.

What we choose to refer to as Abundance and Happiness.

For Further Understanding and Research

More recent discoveries made thanks to modern day Quantum Physics is quickly transforming our world in an extremely exciting and positive way.

If you're interested in discovering and finding out more with regard to quantum physics and even newer discoveries regarding "cellular memories" and how they directly impact your life, be sure to listen to this highly entertaining and informative interview with cellular biologist and best selling author of The Biology Of Belief, Dr. Bruce Lipton PHD., and discover how 95% PLUS of ALL health issues in the world are related to your thoughts and beliefs and what you can begin to do immediately to supercharge your immune system enabling your body to heal itself safely and naturally based on this new understanding provided through the breakthrough discoveries made thanks to quantum physics.

This interview will provide you with a much deeper understanding of not only how "cellular memory" effects the physical aspects relating to your health, but the 2nd interview provided in the links below will make it crystal clear as to how these same "cellular memories" can literally effect, positively or negatively, EVERY aspect of your life including your level of success and fulfillment.

You'll find this interview with Dr. Alex Loyd and Dr. Ben Johnson ( featured on the blockbuster DVD, The Secret) to be extremely informative and enlightening as well and provide a much deeper understanding as to what you can do to begin producing desired results in your life by changing your beliefs at a cellular level. Follow this link to gain free instant access to Dr Loyd and Dr Johnson

“Science cannot solve the ultimate mystery of nature. And that is because, in the last analysis, we ourselves are a part of the mystery that we are trying to solve.” - Max Planck 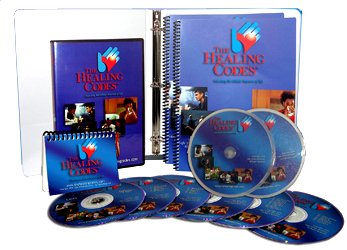 Your Search Is Over...Now At Last You Will

End Of Quantum Physics
"If I were limited to sharing only one word of advice for creating real joy, real serenity and real freedom in your life, that one word would be meditation. There's REAL POWER in the silence." - Chuck Danes